A new antidepressant is ready to go

Depression and despair can be best friends. And that’s why millions keep an eye on the meds pipeline. A new antidepressant has been approved by the U.S. FDA.

’…the first and only rapid-acting oral medicine approved for the treatment of MDD with labeling of statistically significant antidepressant efficacy compared to placebo starting at one week.’

Hope emerges in our neck of the woods when a new antidepressant makes the scene.

Even if we’ve taken major hits in the meds crapshoot over the years, we imagine “Maybe this is the one.”

Our friend above sure looks excited. Let’s see if he has reason to be.

It was developed with FDA Breakthrough Therapy designation and evaluated by the FDA under Priority Review.

Frankly, if Auvelity’s primary target were monoamine neurotransmitters – specifically serotonin, norepinephrine, and dopamine – I’d have to work hard to hold back a yawn.

However, such isn’t the case, as you’ll see in a moment.

AUVELITY is the first and only rapid-acting oral medicine approved for the treatment of MDD with labeling of statistically significant antidepressant efficacy compared to placebo starting at one week.

Auvelity is a dextromethorphan and bupropion combo delivered in an extended-release tablet. You’re familiar with both, aren’t you?

Yep, dextromethorphan is used as an over-the-counter cough suppressant. And bupropion is the generic for Wellbutrin, Zyban, Elontril, used to treat MDD and to aid in smoking cessation.

The dextromethorphan component serves as an antagonist (works to inhibit action) of the NMDA (N-methyl-D-aspartate) receptor of our most excitatory neurotransmitter, glutamate. It’s also a sigma-1 receptor agonist, which modulates glutamate and monoamine neurotransmitter signaling. Yes, some serotonin reuptake inhibitor action is involved. 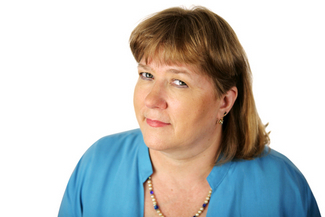 Keep in mind, dextromethorphan is in the morphinan class of medications. That means it has sedative, dissociative, and low dose stimulant properties.

By the way, there’s another rapid-acting NMDA receptor antagonist approved for the treatment of MDD, as well as treatment-resistant depression. That would be esketamine (Spravato), which is administered via infusion or nasal spray.

The bupropion component of Auvelity provides inhibition of the enzyme CYP2D6, which increases blood levels of dextromethorphan by preventing rapid metabolism. And bupropion’s dopamine/norepinephrine reuptake inhibiting action is a bonus.

Hey, if you’re a bupropion user you may be thinking “Heck, I’ll buy some cough medicine and make my own.” Seriously, I wouldn’t.

As with most any psychotropic med, Axsome says, “The exact mechanism of action of AUVELITY in the treatment of MDD is unclear.”

And the warning is issued that antidepressants increase the risk of suicidal thoughts and behaviors in pediatric and young adult patients. Again, Auvelity is not approved for use in children.

Finally, contraindications, warnings and precautions, adverse reactions/side effects, drug interactions, and more have to be taken into account. Be sure to review the package insert/prescribing information.

Almost forgot, Auvelity is expected to be commercially available in the fourth quarter of this year.

A novel, rapid-acting antidepressant is ready to go. How do you feel about it? Perhaps you’re imagining “Maybe this is the one.”

In my opinion, the arrival of Auvelity is great news for two major reasons. Its primary target is glutamate’s NMDA receptor, not monoamine neurotransmitters. And it’s a sign that the research and development wheels continue to turn.

So if you ask me, our friend really does have reason to be excited.

But you know what? Meds may come and meds may go. Therapy, spiritual practices, and healthy lifestyle habits are mainstays.

Up for more reading? Hundreds of Chipur mood and anxiety disorder info and inspiration articles await.

There’s hope for depression and anxiety: Never give up