I just want to be happy. Am I asking for too much?

N o, it’s not. Happiness has been the holy grail since humans first took a breath. You obviously know how tough it is to come by, but don’t give up. Just make sure you’re looking for the right thing in the right place.

That’s because happiness is a byproduct of living within the context of our life’s meaning and purpose.

”I just want to be happy.” How many times have you said it?

And in the mood and anxiety disorder neck of the woods it’s often accompanied by “I just want to be the way I used to be.” Again, how many times?

In last week’s piece, Fantasy: Won’t cost you a dime, I shared that one of Sigmund Freud’s foundational beliefs was humans can’t get by on the tiny morsels of satisfaction provided by everyday reality.

It’s a powerful observation. I mean, think about it. If the minimal morsels of satisfaction derived from living our lives aren’t enough to sustain us, then what?

Here are just two options. We’ll look for additional sources – healthy or destructive. Or we’ll throw in the towel on life.

Can you come up with more?

I wanted to learn more about Freud’s theories and work, and how it all may apply to me. There was plenty to be found in his 1929 book, Civilization and Its Discontents.

Freud acknowledged that the question “What is the purpose of human life?” has been asked countless times; however, it’s never really been answered.

He even wondered if one exists.

But what really hits home is Freud’s belief that if any of us come to the conclusion that life really has no purpose, it loses any and all value.

At age 83, the pain from Freud’s inoperable cancer of the jaw was becoming unbearable. He turned to his doctor and friend, Max Schur, saying, “Schur, you remember our ‘contract’ not to leave me in the lurch when the time had come. Now it is nothing but torture and makes no sense.”

After Schur acknowledged the contract, Freud thanked him and said, “Talk it over with Anna (his daughter), and if she thinks it’s right, then make an end of it.”

What was it he believed? If any of us come to the conclusion that life really has no purpose, it loses any and all value.

Keep in mind, he was 83 and lived a full and accomplished life.

Freud went on to state what I think is the obvious. Our behavior reveals the true purpose and object of our lives – what we demand, wish to attain, and hold onto forever.

He equates happiness to whatever that purpose and object may be.

Then he declares it’s much less difficult to be unhappy. I don’t think many of us dealing with a mood or anxiety disorder would disagree.

Where we go wrong

Freud states that we default to finding our purpose in the demand and wish to secure and keep a grip on happiness.

If he’s right, that’s where we go wrong. Sure there’s nothing wrong with asking and searching for happiness, but I think making it our life purpose actually decreases the chances of securing it.

That’s because happiness is a byproduct of living within the context of our life’s meaning and purpose. It isn’t the ultimate target.

Does that make sense?

Life is too hard 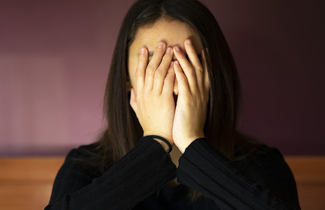 “Even just a small portion of happiness? Please?”

Okay, back to Freud, who points out that life is simply too hard for us. Yes, because it involves all sorts of pain, disappointment, and impossible tasks.

As a result, we’re likely to turn to what he calls powerful diversions, substitute gratifications, and intoxicating substances to get us through.

That goes back to what we discussed earlier: what could happen if our every day reality doesn’t provide sufficient satisfaction.

This is where Freud’s “pleasure principle” comes into play. Simply, it’s the instinctive seeking of pleasure – and pain avoidance – to satisfy biological and psychological needs.

According to Freud the pleasure principle is the driving force of the id, that part of us that contains our basic, instinctual drives – particularly of a sexual and aggressive nature.

Fact is, he believed the pleasure principle designs and implements our life purpose.

What to make of it all?

Well, now that your head’s spinning with Sigmund Freud’s theorizing, concepts of life purpose and happiness, perhaps desperation, and more, what are we to make of it all?

Don’t know about you, but I’ve learned to live in a manner consistent with my life’s meaning and purpose. That means doing away with incongruences.

For instance, I don’t do especially well with idle time. So over the years I’ve turned to busyness for busyness sake. But it finally sunk in that it wasn’t right for me and, frankly, was wearing me down.

Simply, it’s a prime example of a combination of powerful diversion and substitute gratification. And I had turned to both because I’d made my life too hard.

A work in progress

Traditionally, I’ve pursued happiness as my life purpose. And though not nearly as involved in pleasure principled behavior as I was in my youth, I continued the pursuit well into my senior years.

It continues to be a work in progress.

Happiness: the holy grail. Tough to come by, but always worth the never ending search.

Sure, you just want to be happy. And, no, you’re not asking for too much. But you have to be sure you’re looking for the right thing in the right place.

And while you’re straightening out the kinks, a little emphasis on finding life’s meaning and purpose sure couldn’t hurt.

Plenty more where this baby came from. Check out those Chipur mood and anxiety disorder info and inspiration titles.

There’s hope for depression and anxiety: Never give up